The NYPD may have apologized last year for raiding the Stonewall Inn, spawning days of riots and police brutality, but they apparently haven’t decided to stop the behavior. As Mayor Bill de Blasio tweeted about honoring Stonewall, the cops were unleashing pepper spray on LGBTQ people dancing in celebration.

Yesterday, as the Queer Liberation March wound down and participants celebrated in nearby Washington Square Park, police charged into the crowd, swinging batons, shoving people to the ground, and arresting a handful of participants. The officers kept their badge numbers covered.

Related: It will take more than apologies to ease the tension between LGBTQ people & the police

the nypd are brutalizing protesters at the queer liberation march on Pride of all days. remember that Stonewall started as a riot against the police. https://twitter.com/elielcruz/status/1277338743305879555 … 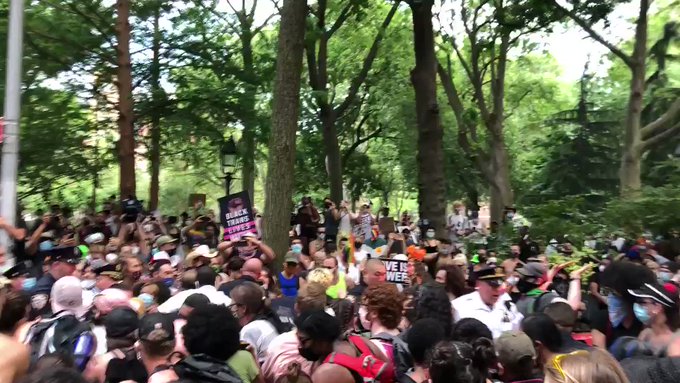 7,145 people are talking about this

“Using pepper spray against the Black and queer community, beating LGBTQIA+ protestors with batons and bicycles, and intimidating our right to peacefully assemble, reflects the wanton disregard that the mayor, along with the NYPD, have for the lives and safety all Black and queer New Yorkers,” organizers told BuzzFeed News.

“It was very peaceful, very chill. I didn’t see much police presence. Then I saw 20 cops on bikes and a few cop cars speed up right away, so I walked a little quicker,” Eliel Cruz told the outlet. “I walked by five or six people on the ground who were pepper sprayed and were washing their eyes.”

NYPD is pushing on #QueerLiberationMarch and have made arrests near Washington Square Park. Tensions are rising. 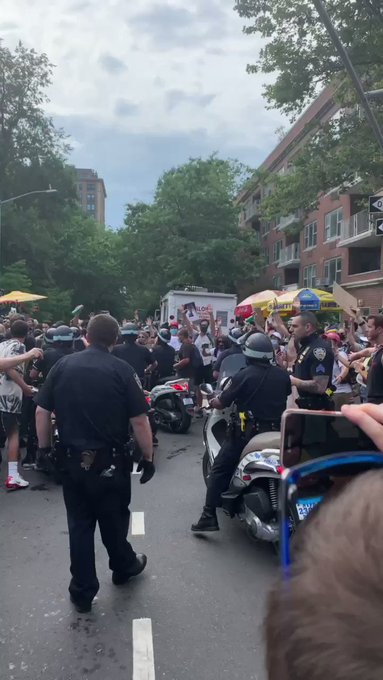 791 people are talking about this
NPYD says they were trying to arrest two people for graffiti when a crowd gathered and starte chanting, “Let them go!”

“The man who was arrested was crying and saying he was hurting and the cops were dragging him by his hands so his weight was against his shoulders pulling [on] the sockets,” volunteer Pippa Bianco told Gothamist, saying erupted when two officers in white shirts “sprinted into the crowd and started shoving us.” Another group of cops on motorcycles started pushing their vehicles through the crowd, striking protesters. 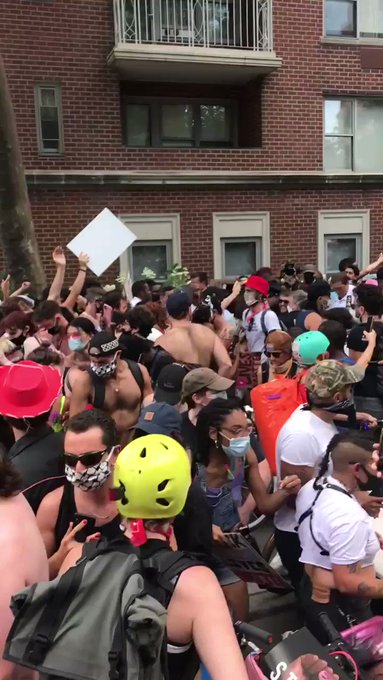 556 people are talking about this
“I was leaving Washington square — there was a beautiful rally centering around Black trans women. As we were leaving, we noticed a commotion directly in front of us and realized it was the police,” out city council candidate Marti Gould Cummings said.

“People were chanting ‘don’t shoot’ and many took a knee,” the drag queen candidate added. “The police escalated and used pepper spray and batons.” 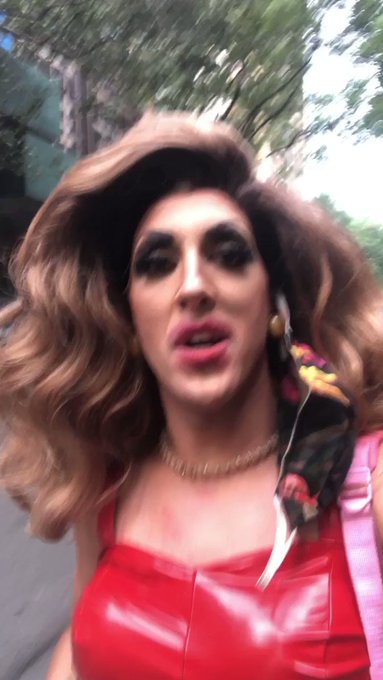 2,601 people are talking about this
“I wish that I could say what I saw today was shocking, but how could I reasonably expect anything else from the NYPD?” said Jake Tolan, one of the March organizers, told LGBTQ Nation in an emailed statement.

“51 years after the Stonewall Rebellion, the NYPD is still responding to peaceful, powerful, righteous queer joy with pepper spray, batons, and handcuffs. Thank you, Commissioner Shea and the entire NYPD, for continuing to show us why you should be abolished.”

On the 50th Anniversary of #PrideMarch and the 51st Anniversary of Stonewall, NYC celebrates the Black, trans activists who built the movement and continue to lead today.#Pridehttps://www.npr.org/2020/06/27/883670660/new-york-city-celebrates-50-years-of-pride-parades …

The city’s first parade celebrating LGBTQ identity took place a year after the Stonewall Uprising. Due to COVID-19, this year’s event is virtual, featuring a 24-hour line up of global performances.

1,630 people are talking about this

Climate change: The Pope and its people do not see eye to eye – Cardinal