A Filipina caregiver is at the centre of a controversy after her employer went public, alleging that she did not have the proper qualifications to care for their severely disabled daughter putting her life at risk.”As a mom, it made me sick to my stomach to think that I trusted this woman with Stephanie, thinking that she would have that knowledge that when things went wrong she’d be able to handle it,” Maureen Hall told CBC’s Go Public.

21-year-old Stephanie Hall-Wilkins has cerebral palsy and is completely dependent on others for care. She suffers from severe seizures and has to be fed through a tube in her stomach.

Hall and her husband Steve Wilkins hired Wee Care Nanny Placement Agency out of Toronto to find them a caregiver with nursing experience.

According to the CBC, the agency found Hershey Romero, from the Philippines. The couple paid more than $10,000 in agency fees and other costs to bring her to Canada under the federal government’s Live-in Caregiver program.

Lack of medical know-how obvious
The couple told CBC that  Romero seemed “dumbfounded” when asked to do simple medical tasks.  They said, at one point, she confused Stephanie’s seizure medication with Advil.

“We finally came out and asked her. She said she didn’t pass her nursing and didn’t have the qualifications in order to understand the needs of Stephanie. We basically called her a liar and asked her to leave,” Hall said.

Hershey Romero did not return call from CBC to ask about the couple’s allegations and concerns.

We also contacted authorities in the Philippines to do our own checks and discovered while Romero did get her nursing degree, she failed the board exams and was never a practising nurse.

Ottawa made changes to the Temporary Foreign Worker Program in November which resulted in fewer caregivers being accepted into Canada.
It now has different criteria for those hired to look after children versus caregivers working with people who have “high medical needs.”

Those changes were made after Hall and Wilkins hired Romero.
But while the rules may now be tighter, advocates say the required agency and government qualification checks are lacking.

“I couldn’t have been any clearer, my concerns are it has to be a nurse. And they even said it would be difficult to find one, there are a lot of nannies in the pool but not a lot that have the medical experience. In my opinion, they were the ones doing all the checking,” Hall said.

But according to Citizenship and Immigration, ultimately it is the employer — not the agency — who is responsible “for ensuring that the temporary foreign workers being hired have the training, qualifications and experience required to successfully and safely perform the job duties of the position for which they are hired.”

CIC said government checks come later, but only to “investigate and verify information, if necessary, in order to ensure that information submitted by applicants is legitimate.”

Go Public put Hall and Wilkins’ concerns to Robyn Zeldin, the owner of Wee Care Placement Agency.
She told us the agency did the required checks and more, including verifying transcripts and the nursing degree from a school in the Philippines that Romero provided.

Go Public found an ad posted on a nanny hiring website, with Romero’s name and photo. Her listed qualifications and experience include caring for an adult with special needs. 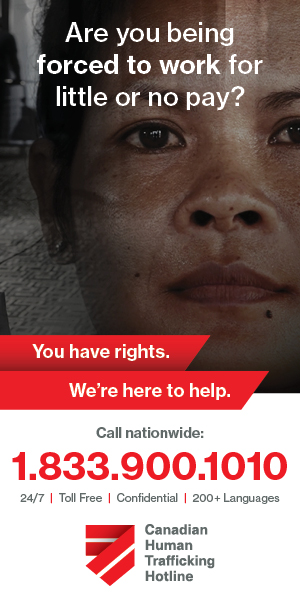