The upcoming municipal elections on October 24, 2022 in Ontario will present to the Filipino communities in the Greater Toronto Area(GTA) particularly the challenge and opportunity to support and elect six Filipino Canadians who are running for civic seats.

Opo, mga kababayans, this time at least, six fully determined and courageous Filipinos have registered their candidacies in three cities and a municipality. The “Magnificent 6” are Rowena Santos, Lisa Abarquez Bower, Garry Tanuan, Luz Del Rosario, Grant Gonzales, and Ramon Estaris. The first four are running for reelection as Councillors or Trustees, while the next two, Grant Gonzales and Ramon Estaris, are first-timers in city elections.

Grant Gonzales, a public affairs professional wanted to become a Councillor of Ward 9-Davenport in the City of Toronto. Canada- born Grant has a Bachelor’s degree from the University of Toronto and a Master’s degree from Carleton University.  He is a lifelong resident of Davenport and a member of the 2SLGBTQ+ community. Grant’s civic engagements include being a Co-Founder of the Filipino Canadian Political Association and a former member of the University of Toronto’s Governing Council. He s running for Toronto City Council “to ensure all Davenport families can build financially secure, healthy, green, and vibrant lives”. Should he be elected, Grant will become the first Canadian-Filipino Councillor in the City of Toronto.

Ramon Estaris, is the Territory Head-North America of  Megaworld International, a real estate conglomerate in the Philippines. A former President of the Philippine Independence Day Council( PIDC), Ramon is seeking the municipal council seat for Ward 2 in the town of Ajax. Ramon, a known leader in the Toronto Filipino community has established a business in Ajax being a real estate professional and a communication technology practitioner. He unsuccessfully ran for MPP in the 2018 provincial election. Ramon plans, if elected, to employ his political experience and interest and years of community volunteer service, as well as promote his platform of taking up issues that concern the residents of Ward 2.

Garry Tanuan is the longest-serving Filipino- Canadian Trustee at the Toronto Catholic School Board(TCDSB), Canada’s largest  Catholic school district. Garry was first elected as Trustee for Ward 8 in the 2012 by-election and has been reelected twice in 2014 and 2018. He has served and serving in various capacities as Chairman, Vice-chair, or Member of the Board’s several important committees. He helped formed the TCDSB Filipino Advisory Committee, and currently is the Chairman of the Special Board  Advisory on Race Relations Committee. Garry Tanuan, an electrical engineer by training and profession, is continuously advocating for effective diversity, inclusion, and equity policies, and practices in the School Board. Ward 8 includes 15 Catholic elementary and two high schools in Scarborough, Toronto.

Luz Del Rosario is running for reelection as Trustee for Wards 6 & 11 in the Dufferin Peel Catholic District School Board. Luz was elected Vice Chairman of DPCDSB in 2020, the first  Filipino woman to serve as Vice-chair of DPCDSB, one of Canada’s largest Catholic school boards. She is a Certified Human Resource Professional( CHRP) and has completed a Bachelor in Commerce degree from the Philippines. First elected in 2006, elected again in 2014, and reelected in 2018, Luz Del Rosario is vying for her 4th term as Trustee for Wards 6 & 11 in the City of Mississauga. “We have more work to do to ensure our children receive a high quality of education” Del Rosario pledged.

Rowena Santos is the first Filipino woman City Councillor of Brampton in the York region. Rowena, or “Weng” to her family, was elected in 2018. A proud Bramptonian, Santos was first elected in 2018 to the City Council for Wards 1 & 5 and is one of few women on Brampton Council.  Rowena holds an H.B.B.A. degree from the Schulich School of Business, and a Master’s in Sustainable Development and Environmental Planning from the London School of Economics. Rowena was born to Filipino parents and raised in Brampton. She is working towards her reelection and hopes to win in the October 24, 2022 election.. Rowena said: “She is running to continue serving her constituents and Brampton for a bright future. ”

Lisa Bower is the first woman Councillor of Filipino heritage in the Municipality of Ajax, a suburb of Toronto.  Lisa was first elected in 2018 representing Ward 3 in the Town of Ajax. She was born in Ajax and is a single mother of 2. As a member of Ajax Council, Lisa established the Ajax Homelessness Task Force which continues its work today through Community Development Council Durham.  Lisa has also served on the Ajax Heritage Advisory Committee, Ajax Accessibility Advisory Committee, Downtown Ajax BIA, and Ajax Pickering Road Watch Committee”I have thoroughly enjoyed my experiences as Ward 3’s Local Councillor for over 4 years. I could not have done it without your support and I  am excited to be running for re-election now! ” 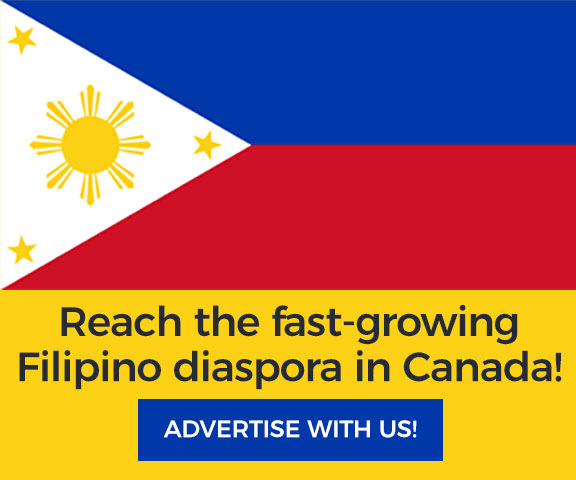